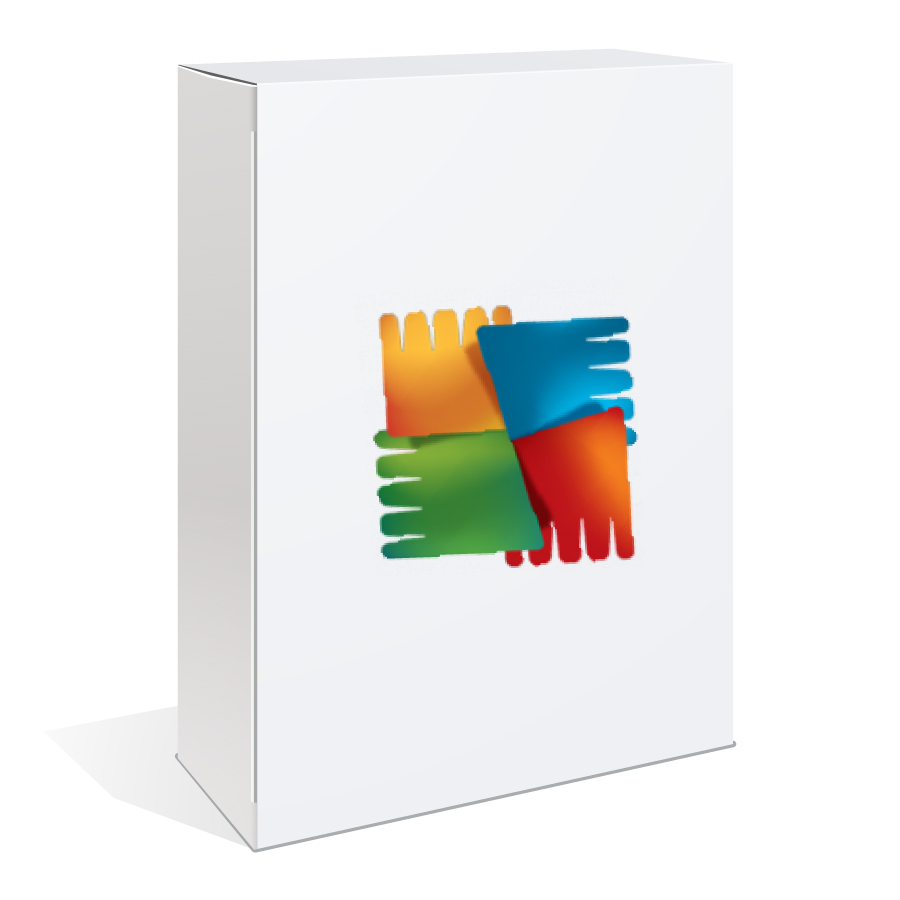 Antivirus applications are one of the most effective ways you can protect yourself from the dangers of the internet. In this review, we are going to be looking at AVG Antivirus, and we’ll be giving our verdict on whether or not it’s worth your time.

Browsing the internet is one of the essential parts of modern living. As the nature of how we consume and share information changes at such a rapid rate, it’s hard to avoid the need to use various devices in your day to day life.

Whether it be your laptop, phone, or tablet, it’s highly likely that you spend a large portion of your week online. Due to this, there are a whole host of dangers out there for internet users. From hackers looking to get into your personal data to viruses that will infect your device with sinister malware, we have to be alert to these sorts of threats at all times.

So, what makes a good Antivirus software, and does AVG Antivirus deliver? First of all, we’re going to show you some of the features, pros, and cons of this product, before presenting our in-depth analysis of how well it performs.

Why Should You Choose this Product?

AVG Antivirus has been received positively by most users and has many features that make it desirable. There’s a reason it has gained such popularity, as it’s reliable and easy to use. Before we go into specifics, it’s important to know more about AVG, and its parent company Avast.

Avast is one of the world’s most popular cybersecurity companies, having been established back in 1988. They purchased AVG Technologies in 2016 for a price of around $1.3 billion. This is because AVG, which was founded in 1991, is one of the most popular providers of AntiVirus software.

At the time of this purchase, AVG was the third-highest ranked Antivirus provider around. They’re a pretty well-known company, and it’s likely that you’ve seen them around before.

You might have even used some of their products in the past, but with the speed at which technology advances, it’s always worth finding out how a company is coping in the modern landscape. Good Antivirus software has to contain certain crucial functions to fit your needs.

This includes a high malware detection rate, ease of use, and a smooth-running system that won’t crash your device. Alongside this, there are differences between free and paid software that are worth looking into. So, with that said, what does AVG Antivirus offer that will make it worth your time?

AVG is very good for security. There have been many independent tests carried out that have shown repeated positive results. AVG Antivirus detects attacks with ease and stops them before they can cause any harm to your device. It is also effective against zero-day attacks.

Zero-day attacks are when a new or undiscovered virus attacks your computer. AVG Antivirus has been shown to stop 99% of these types of attacks, which shows it has the ability to correctly identify even the most elusive of viruses. In terms of security, AVG has been scored perfectly by companies such as Virus Bulletin.

Virus Bulletin is an online magazine that regularly analyses new threats to cybersecurity and the software that is designed to protect against these threats. AVG Antivirus free lacks the paid versions complete safety, as the paid version has an enhanced firewall which defends against ransomware.

This keeps all of your private files, such as photos and important documents, safe from malicious thieves. AVG’s Antivirus scanner is always on the background, so you don’t have to worry about needing to prompt it in order to keep up to date. This definitely adds peace of mind to your experience, and nothing will happen to your files without you being informed.

AVG has put a lot of meticulous effort into the process of designing this software, and it shows. Ease of use is a very important aspect of any product, but this is even more crucial when it comes to software that is designed to protect your PC against potential threats.

The downloading and installing process is very straightforward, so if you aren’t the most familiar with using computers or mobile phones, you’ll be given easy-to-follow instructions to make the experience as streamlined as possible. Downloading the AVG Antivirus software is quick, as the file size is small.

Once you’ve downloaded the initial file, you simply have to click and then follow instructions. This step by step guide takes around 7 to 10 minutes to finish, and you won’t have to do much for the duration of that time except click “Next” when prompted.

Once you’ve finished installing it, the user interface is very easy to follow. With a selection of tabs such as “General” and “Troubleshooting”, you can navigate in a simple way that makes the whole thing so much smoother. If you’re worried about any particular issue, AVG Antivirus has you covered. Overall, it is suitable for experienced and novice technology users and will provide you with the protection you need.

AVG Antivirus runs well on most computers without compromising performance levels. If you’re using a computer or phone from the 90s, then it’s likely that you get the same results. That’s true for the majority of modern software, and we assume you aren’t reading this on a Windows 98.

However, if you are, AVG Antivirus will work on many older, outdated devices. It won’t be quite as fast, but this is a versatile and effective product that is useful across the board. Having AVG Antivirus installed on your computer will not slow any other applications down.

Nobody likes having to wait for their device to perform the most basic tasks, so if this is a concern of yours then AVG Antivirus has you covered.

AVG has several customer support services in place. If you run into any issues and need some help, then you have a few different options to choose from. First of all, the most basic form of assistance you can find comes in the form of the AVG website’s FAQ section.

Each product that AVG makes has it’s own FAQ section, and it’s quite possible that your problem could be solved by seeking out the relevant question. This area of their website is quite detailed and helpful. They also have a Youtube Channel with videos on how to solve various issues, which is hugely advantageous to those looking for a more visual style of aid.

However, if this doesn’t help your situation you can take it further. You can file a ticket through AVG’s website, but their response times vary.

Sometimes they are fast, efficient, and helpful. Other times, they take too long, and this isn’t the best in terms of consistency. An alternate method is to contact the AVG support team through Twitter or one of their other social media channels.

This has been proven to yield better progress with some users. Generally speaking, the customer service element is good, and you’ll most likely run into no trouble, but it is definitely not outstanding.

How Well Does AVG Antivirus Do On Each Device?

AVG AntiVirus is available across several different types of devices. So far, we’ve mostly been looking at how AVG AntiVirus works on a PC. In this section, we’ll take you through how well it does on different platforms.

If you’re looking for virus protection on your Android then you can use AVG Antivirus. With this you will get protection against malware and spyware, meaning you can sleep easy knowing your phone is safe. You’ll also be protected from some spam and RoboCalls, which can be particularly irritating.

If somebody steals your phone, AVG Antivirus is able to help you track it down. The paid version of this product has a useful feature that is worth considering. If somebody tries to unlock your phone and gets the code wrong more than 3 times, AVG Antivirus will take a photo using your phone camera.

This could make identifying the individual responsible for the theft much easier. The paid version also has a feature called Device Lock, which means that if someone replaces your sim the phone will automatically lock.

The app runs smoothly on most android devices we’ve used and we would recommend both the free and paid versions depending on what level of security you’re interested in.

AVG Antivirus for Mac works in a very similar way to the PC version. It runs smoothly and conducts most of its business in the background whilst you use your Mac, allowing for unhindered internet usage and a secure experience all round. AVG Antivirus is very effective in protecting your data from any incoming threats and works just as well on Macs as PCs.

There’s currently no AVG Antivirus software available for iOS, though there are other AVG Mobile Security apps you can install. Some people believe that iOS phones do not require Antivirus software due to their secure design. However, if you’re looking for a VPN for your iOS then AVG VPN is worth considering.

Despite the fact that the free version of AVG Antivirus has a lot of great features, it’s a shame that it doesn’t quite live up to the premium version. If you’re looking for an affordable option, AVG Antivirus Free is more than good enough for your security needs.

Despite this, AVG Antivirus premium package has the coveted enhanced firewall that works more effectively against certain threats. Whilst AVG Antivirus Free is good enough, there is no doubt that the full AVG Internet Security package is better for privacy and safety.

AVG Internet Security also protects you from the shortcomings of public Wi-Fi networks, which is helpful for people who travel a lot. Another area in which AVG Antivirus Free falls short of its counterpart is webcam security, though if you’re concerned about being watched then this can be solved by simply covering your webcam with whatever you choose.

The main question you’re probably asking yourself right now is whether or not AVG Internet Security is worth the extra money, and to be truthful, it all depends on what you’re looking for. AVG Antivirus Free is a great product that will protect you from online threats and keep your data safe, but it’s definitely worth looking into the details of both products on the AVG website to decide which option is right for you.

Overall, AVG Antivirus offers powerful protection for PC, Mac, and Android users, and we would recommend all versions. You can use your device with peace of mind whilst browsing the internet. It runs smoothly and doesn’t interfere with the device’s internal processes.

AVG Antivirus also has an extremely easy to follow user interface, making navigation a simple and straightforward experience that lays out each process with a high level of clarity. Scoring high on various independent tests, AVG Antivirus is a well-respected product within the industry and one of the best in the field of basic protection.

Although AVG Internet Security might be out of your budget, AVG Antivirus Free does deliver on its promises and one of the most consistent Antivirus software packages we’ve checked out. If this is what you’re after, then you’re in safe hands. 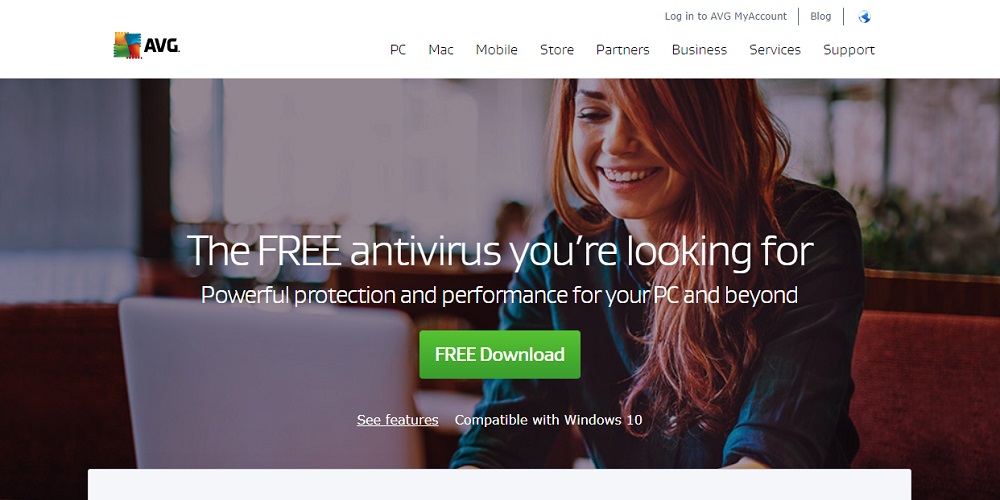